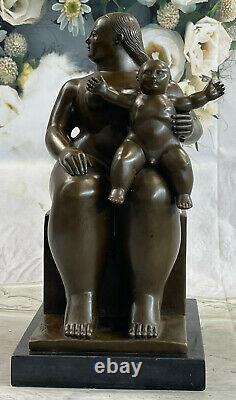 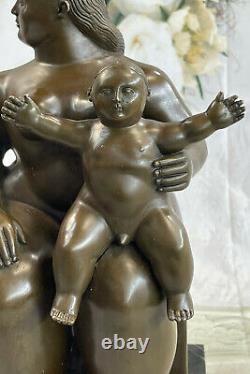 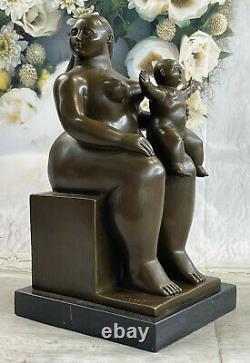 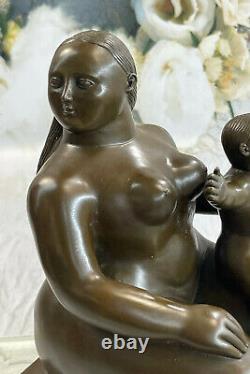 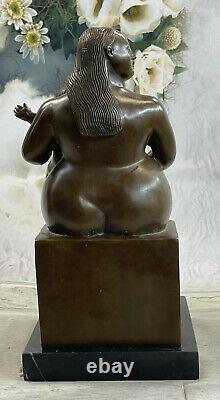 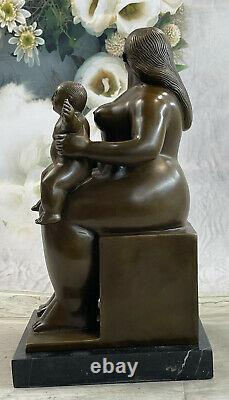 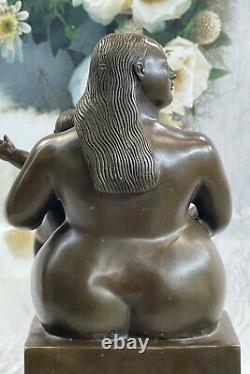 Fernando botero "mother and child" bronze art sculpture signed, collector. This product sheet is originally written in English. Please find below a machine translation in French. If you have any questions please contact us.

This abstract art work represents a mother and her child. She balances the young child on her knees.

The chubby child laughs joyfully, while the mother keeps a reassuring hand on her back. She has a round body and long hair. 100% bronze and handmade, this brown patina sculpture was cast according to the "lost wax method" and mounted on a black marble base and is signed by the artist botero. Fernando botero anglo (born 19 April 1932) is a Colombian figurative artist, the most Colombian eponymous of Colombian artists, who made himself known when he won the first prize at the salón de artistas colombianos in 1958.

Fernando botero was born in medellín, antioquias, colombia, southern america, where the Catholic church adopted the baroque style. Throughout her childhood, botero has been isolated from the traditional art presented in museums and other cultural institutes. He lost his father at the age of four. In 1944, after botero attended a Jesuit school, the uncle of botero sent him to a school for matadors for two years. In 1948, at the age of 16, botero published his first illustrations in the Sunday supplement of the daily el colombiano and used the money he received to pay for his secondary education at the liceo de marinilla de antioquia. 1948 is also the year when botero exhibited for the first time, along with other artists from the region. From 1949 to 1950, botero worked as a scenographer, before settling in Bogotá in 1951.

His first personal exhibition took place at galería leo matiz de bogotá, a few months after his arrival. In 1952, botero travels with a group of artists to barcelona, where he only remains briefly before going to madrid. In madrid, botero studied at the san fernando academia.

[5] in 1952, he went to bogotá, where he exhibited himself at the gallery leo matiz. Later that year, he won the ninth edition of the salón de artistas colombianos.

In 1953, botero settled in Paris, where he spent most of his time at the wash. He lived in florence, italia from 195. State: this abstract art work represents a mother and her child. Fernando botero was born in medellín, antioquias, colombia, southern america, where the Catholic church adopted the sty.

This item is in the category "art, antiques\art of xxe, contemporary\sculptures, statues". The seller is "europeanbronze" and is located in this country: us. This item can be shipped to the following country: whole world.