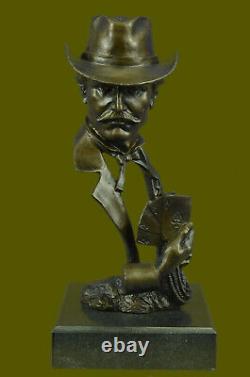 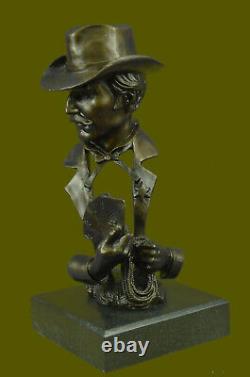 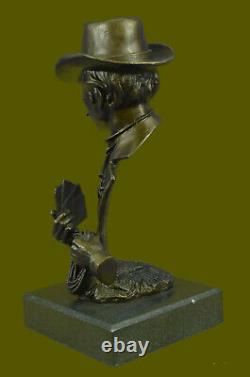 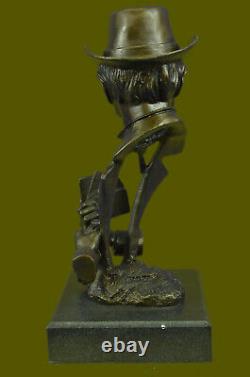 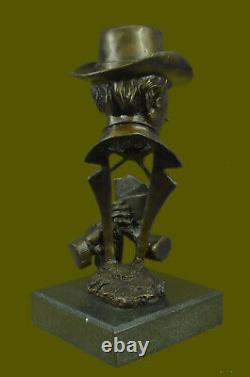 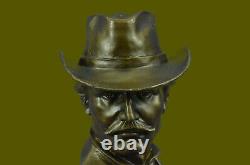 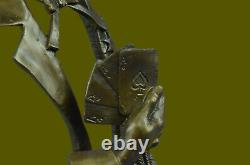 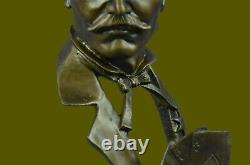 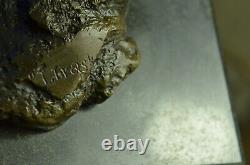 Art Deco West art marshal saloon bronze sculpture classic artwork cast. This product sheet is originally written in English. Please find below a machine translation in French. If you have any questions please contact us.

This sculpture is in perfect condition. Bronze dimensions with marble base: height 13" x width 6". Marble dimensions: 6" x 6". When people think again at the time of the far west of American history, they imagine dusty desert cities, brave cowboys, former border settlers and - more importantly - apparently lawless land that has seen many men establish their own rules by means of the gun. But one thing that many people often forget about this period is that the game played an important role - including poker!

The same far west legends that made a name with the six shooters, like doc holiday and wyatt earp, also made a name at the poker tables. Since many people who moved to the west were already betting to have a better life than in the east, playing games of chance such as poker was not very difficult for them. The people who formed around these tables were a mixed crowd of businessmen, cowboys, lawmen, soldiers, miners and railwaymen. Most of the games took place in saloons, as it was the dominant frame of the Western poker games.

Doc Holliday was one of those legends who built a reputation during his trips to the far west. Suffering from tuberculosis, Holliday consumed large amounts of alcohol to control her cough and played a lot of poker in the saloons. Finally, Holliday went to western mining cities to find legal gambling in these areas. Doc would certainly find his game in these cities with a lot of trouble.

In one case, a notorious tyrant named ed bailey was skeptical about Holliday's reputation and began to look at the waste pile in the middle of their poker game. Despite the holliday warning, bailey continued to do so, so doc raked the pot, forcing bailey to draw his weapon.

But Ed bailey never managed to shoot, because Holliday opened it with a knife. Holiday also had the chance to have the law on his side, since his countryman legend far west and friend wyatt earp was on his side. Earp was also a poker player and known for his various exploits as a lawman. In what is its most legendary story, earp and holliday helped virgil and morgan earp during the ok corral shooting.

In the Ok corral shooting, the earps and holliday defeated the members of a cowboy gang in a huge shooting. This sculpture was cast according to the "lost wax method" and has a brown patina. It is mounted on a marble base and is signed tracker. Most orders are shipped within 24 to 48 hours of purchase. Please contact us before making any purchases in these areas.

Please refer to the "Delivery Handling" table for the rates for each area. Since many people who moved to the west were already betting to have a better life than in the east, playing games of chance such as poker does.

This item is in the category "art, antiques\art of xxe, contemporary\sculptures, statues". The seller is "europeanbronze" and is located in this country: us. This item can be shipped to the following country: whole world.