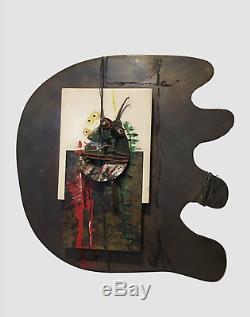 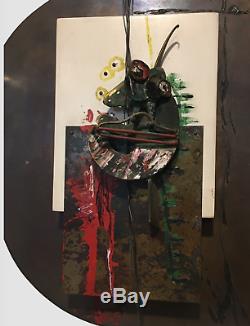 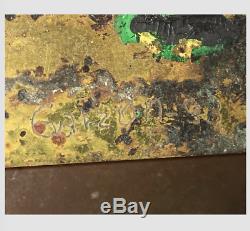 Beautiful and rare sculpture by alfredo garzon, born in Salta in Argentine Republic in 1940 and died in France in 2014. The piece is signed and dated in the decor, 1993. Perfect condition, can send the world, upon request, secure package. Born August 23, 1940 in Salta, Argentine Republic. Lives and works in France since 1976. Made his first studies with sculptor jb gamba, then at the School of Fine Arts in Salta, where he obtained the art teacher diploma and sculpture; continued his studies at the National University of cordoba and received in 1966, as a senior teacher and the gold medal (the highest award of this country Universitäre). From 1966 to 1971, alfredo garzon teaches in several Argentine universities, and conferences on contemporary art and pre-Columbian art in Latin America. Creator experimental workshops in Bolivia in Peru, in Ecuador and in Mexico, his work was recognized in America and Europe by awarding twenty prizes.

Courses in painting and sculpture, drawing and composition at the Autonomous University of Mexico. 1960 N Government of Salta, Argentina.

The item \The seller is \This item can be shipped to the following countries: Europe, Asia, United States.